When you want to draw a crowd

A client was heading out to a huge industry trade show in Las Vegas. This global company is famous for their core product, but had recently added something new they were eager to showcase. They called, anxious to draw crowds to their booth so they could tell their new, updated story.

They originally planned to distribute (and fly) balsa gliders around their exhibit space, but also wanted to consider some other ideas. This was a fun one. Tell us you want to create a scene and look out. All bets are off!

Here’s what we did:

When attendees arrived at our client’s booth, they were given the opportunity to shoot a ball from the animal’s mouth into the target. The target was a giant version of the animal with a basket behind his mouth to catch the balls. With our client’s logo on the tummy, it created a fun memory hook. Make it into the mouth and you earn a prize. Prizes included animal poppers, along with small car charger adapters, and full-color custom boxed microfiber lens cleaners, two useful items people really like having.

The arcade game was such a draw that the game had to be shut down now and then to keep the crowds under control! The show was wildly successful and their new product received all the interest they were hoping for. 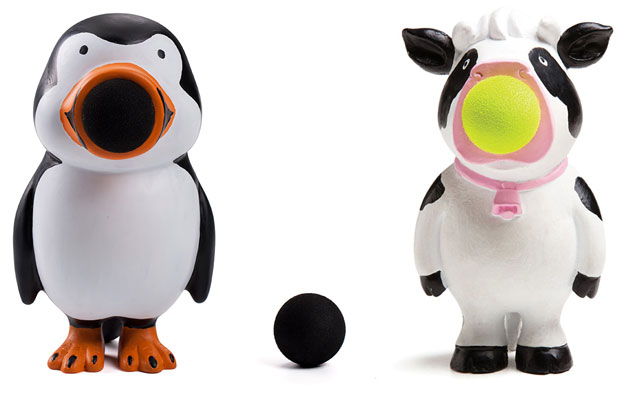 Signup for Our Newsletter: